Due to the latest release of VTOL VR many mods may not be updated to work with the current version of the game. We apologize for any inconvenience and frustration this may cause, but this is the nature of modding. On behalf of all mod developers, we appreciate your patience and understanding as we work through this difficult time together.

Where is XYZ Mod? Some mod developers have opted to hide their mods until they are able to update them to work with the latest version of the game.

If you do not have the Mod Loader installed, you can download it from here.

You can fix one click install by launching the Mod Loader as an administrator and hitting the "Reapply" button in the settings. 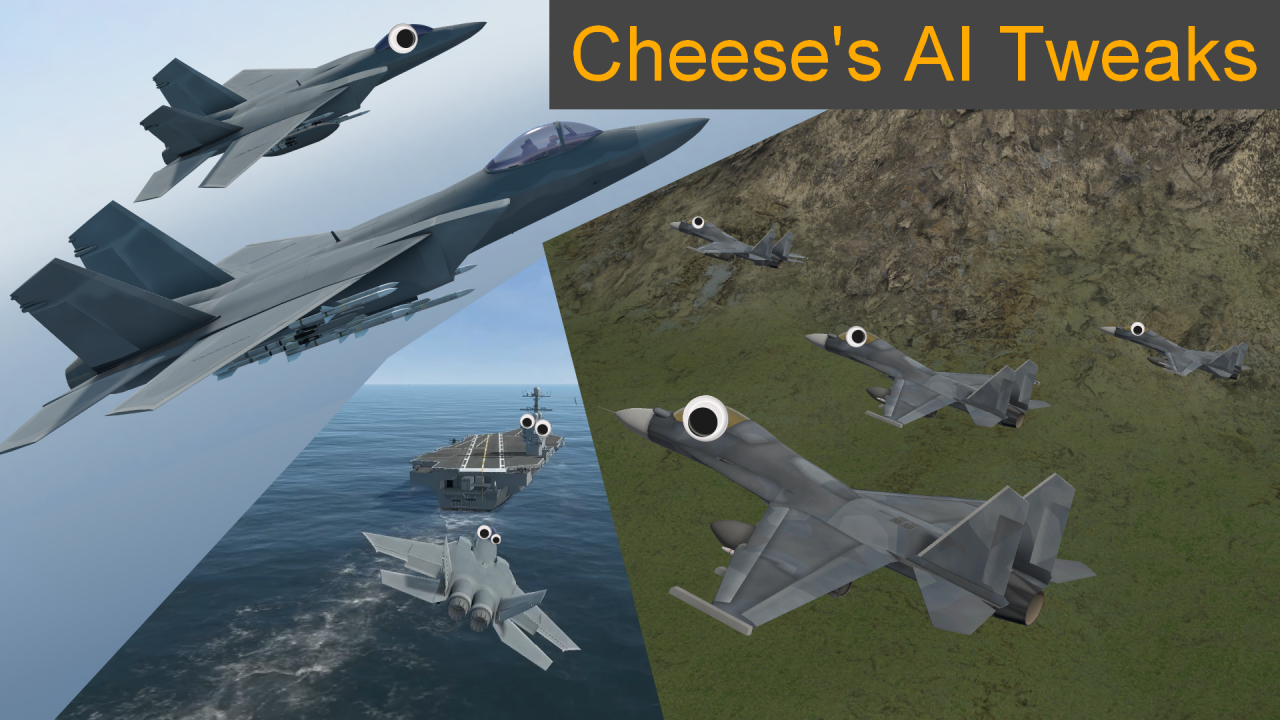 Many small tweaks and improvements to the games AI!

Ever wished the AI seemed more human? This is the mod for you!

Settings are saved between sessions of VTOL, so you only have to set them up once!

It works with the multiplayer mod!

This setting adds noise to the inputs of the AI. This makes them wobble around and make them look much more human. The intensity and frequency of the noise are adjustable so you can make the aircraft seems extremely drunk just for fun!

The AI aircraft will rock their wings on contact with the enemy to indicate they have seen them. I read Biggles once and I thought it was cool.

Adds ejector seats to all of the enemy aircraft that are manned. Now finally the ASF are safe as well! Also adds crew that bail out of the AWACS and refuel plane when they are destroyed!

By default, you cannot collide with AI aircraft that are taxiing in VTOL. This setting allows you to change that! You can enable the collisions on the ground so that you can ram into other aircraft, or alternatively, you can disable collisions in the air, allowing you to fly through other AI.

Edit: I have successfully cyberbullied Baha into making this stock on the public testing branch.

The KC-49 and E-4 are not normally allowed to notch and perform other evasive manoeuvres to avoid incoming missiles, this setting allows them to try. It's unlikely to actually save them from missiles due to the lack of countermeasures and the low manoeuvrability of the aircraft.

This used to be its own mod, but it's now included in this mod. Quite simply: it makes all the fly AI inverted! Why? Why not!

Added more googly eyes, to all aircraft by THE_GREAT_OVERLORD_OF_ALL_CHEESE

Also, I fixed a bug with the eye physics when they were scaled.

Removed Cockpit Glass, Control Noise When Refueling, Added Crew Bailing Out of the AWACS and Refuel Plane by THE_GREAT_OVERLORD_OF_ALL_CHEESE

AI can now rock their wings on contact with the enemy!